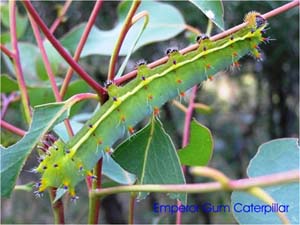 Emperor Gum caterpillar
Photographer: M. Campbell
The invertebrates are, for the most part, the small animals that have pervaded the entire biosphere. Their diversity is extraordinary and they have adapted to every imaginable niche. Paul Tasch once referred to the arthropods alone as a “Phylum without Census”. Invertebrates sit at the lower end of the food chain and are critical to the overall function of ecosystems by recycling nutrients and providing food for the higher levels.
There are likely to be millions of new species waiting to be discovered and described.

A lifetime could be spent studying the invertebrates living in the leaf litter of a suburban garden. Most invertebrates are small enough to study with microscopes. There is an endless source of interest and fascination for anyone who takes the time to look for terrestrial invertebrates.

The aim of the Terrestrial Invertebrate Group (TIG) is to inform the public about the importance of terrestrial invertebrates to the ecosystem. This is done by promoting Community involvement; including with Schools and their students, where TIG members are able to provide valuable support for programs by carrying out locality surveys, validating sightings and preparing data.
Some of our activities:- 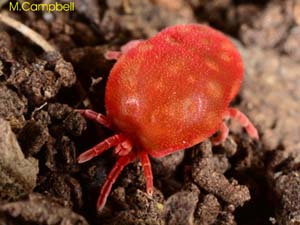 Come along to the meetings and contribute to the planning of activities and special projects and simply enjoy the contact with like-minded, interesting people. There is strong encouragement for those who like to do macro and micro photography of invertebrates.